Pat Willett was born in Los Angeles and  grew up in the San Fernando Valley. She traveled extensively throughout the U.S. while her husband was in the Air Force. When the couple returned to California, they found their little house in Encino too crowded, too smoggy and in the middle of too much traffic. They moved to Santa Clarita in 1967, living in the Emblem tract in Saugus. They built their own home in Placerita Canyon in 1973 and have been Canyon residents ever since.

The Willetts got involved with the Jaycees in 1970, and Pat was active in Jaycee-ettes, serving in many positions including president. Projects included building the bleachers at Canyon HS; Operation Reseed after the devastating fires in 1971; and Lifeline Cambodia, which rescued one mother and 13 children from Cambodia just before the Khmer Rouge started a program of genocide. Pat helped promote non-profits throughout the SCV through a weekly cable television program and as writer for a local newspaper (The Clarion). Through the paper and Jaycees, the Willetts got involved in international exchange programs and have had nearly 20 young people from around the world living as part of their family for anywhere from 10 days to 2 years and up. For more than 20 years Pat was volunteer coordinator for British American Schools Exchange Club, placing British students in local homes and taking SCV teens to Britain for a home-stay program.

When her two sons entered school, Pat became very involved in PTA, School Site Council, and other activities. She created a Young People’s Orchestra at Placerita Junior High to fill the gap for students who played orchestra instruments and could find no place in the school band. She was active with Friends of the Libraries, SCV Scholarship Foundation, and Healing the Children. With the Jaycees, she helped create the first Jerry Lewis Telethon pledge center in the SCV. Pat also created the annual Community Tree Lighting Ceremony at Henry Mayo Newhall Hospital while working as a freelance public relations consultant for Newhall Land.

Pat joined SCV Zonta in 1996, and has served as Healthy Kids Club chair, vice president and president. She also serves as co-editor of Zonta newsletter and publicity chair for most Zonta projects. Other projects include the SCV Chamber Education Foundation and American Cancer Society’s Relay For Life Committee.

The Willetts have a very international family. Their Chilean son is married and currently lives in the SCV with his wife and their two grandchildren. A Guatemalan granddaughter and her parents are still part of their family despite currently living in the Antelope Valley. They have a Russian daughter who has been with them for 10 years through Healing the Children; and an Ethiopian daughter, also through Healing the Children. They currently are concentrating on “volunteer” vacations in such countries as Ecuador, Cambodia and the Philippines, as well as traveling with their international family members in such countries as Chile, Brazil, Ecuador and Cambodia. They took a month of vacation time to take donated items to orphans in Cambodia and to visit schools in the remote areas of northern Cambodia.

Pat is also a freelance writer and has sold both fiction and non-fiction to national magazines. Her current project is a series of articles on travel in third world countries and the post-Khmer Rouge situation in Cambodia.

“I have always lived the last line of the Jaycee creed:  ‘Service to humanity is the best work of life.’ In that, I follow in the footsteps of my mother, Beulah Cannon, who spent her whole life giving of herself to others,” Pat said. “My mother should have been named ‘Woman of the Year’ many times over. I feel that she shares in this honor because I don’t think I would have earned it without her example.” 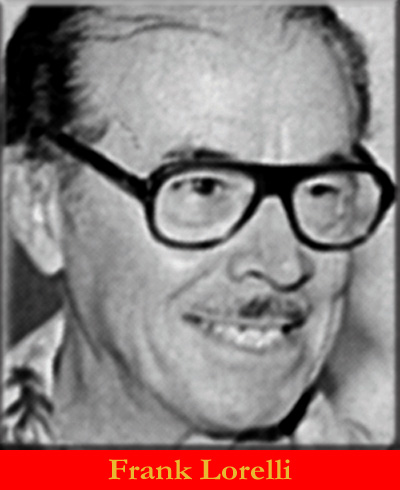