Born in Los Angeles, Sheldon Allen grew up in San Fernando graduating from San Fernando High School in the winter of 1950.  He married sweetheart Pat in 1951 and the couple has four children, one daughter and three sons.  Sheldon found time from his attorney cases to manage his first two sons Little League teams.

When the family moved to Canyon Country in December 1967, he became a  member of the Canyon High School Booster Club, serving from 1967 to l979. Sheldon also served on the William S. Hart School District Board from 1975 to 1978.

The Canyon Country resident started volunteering for the SCV Boys & Girls Club Auction in 1982.  He joined the Board of Directors for the SCV Boys & Girls Club in 1985 and still holds position on the board. Sheldon has been a volunteer on the Red Cross Disaster Team since 1993, and has served on the Red Cross Board of Directors for over six years, assuming the presidency for two of those years. He is currently on the newly formed Santa Clarita Valley Red Cross Council.  Sheldon began delighting children and adults alike in his role as Santa Claus for the Hot Line fund-raiser, He continues to play that role, but now it is for the Zonta Club of Santa Clarita, the new sponsors of the fund-raiser.

Sheldon began working on the Celebrity Waiter Dinner Committee when it was a fund-raiser for the American Heart Association. He continues to serve on the committee since it has been taken over the by Senior Center committee on Aging. He also continues to serve on the Boys & Girls Board, while also volunteering on the Disaster Team for Red Cross.  He also volunteered for the Cowboy Poetry Festival for several years.

Sheldon tells us, “Receiving this Honor of being named Man of the Year has made me work even harder so that I will feel I really deserved it.” 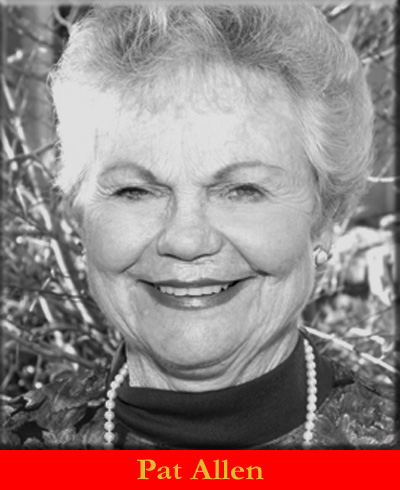