In 1964, the Santa Clarita Valley was a relatively small community of scattered housing tracts, assorted strip malls, and a smattering of businesses- and a mood of unrest was settling over the area.

The residents were growing weary of their dependence on a county government which didn’t seem sympathetic to their needs for local services. The handful of charitable organizations were equally weary of making do with the current work-intensive, low-income fund-raisers (luaus, Las Vegas Nights, and dinner dances) because United Way wasn’t quite sure which valley they belonged to – San Fernando or Antelope. Over the years, officials had to be told more than once that Newhall, Saugus, Valencia, and Canyon Country were in a valley of their own.

Volunteerism was the strongest thing that SCV residents had going for them – that, and a plucky little chamber of commerce whose name, Newhall-Saugus Chamber of Commerce, was almost longer than its membership list (it would soon be longer when “Valencia” was added). The leaders of the chamber were some of the most dedicated volunteers in the valley; they were seasoned veterans of the phrase “If you want something done, do it yourself.” They decided they would counter the passiveness of downtown L.A. leaders, by creating an event that would honor those who really did “get things done.”

In keeping with the prevailing “male domination” and bias in the membership, the 1964 chamber event honored a man — local historian A.B. Perkins — and he was named Outstanding Citizen. It was not until 1971, that women were added to the category when Coordinating Council leader and all-round club volunteer, Olive Ruby, was named the first Woman of the Year.

A quick survey of the past Men and Women of the Year reveals that there were no honorees in 1982. That also reflects a bias of the times. The community was now much larger and so were the businesses influencing the chamber. The chamber board decided to drop functions that weren’t business-related and weren’t money-makers. Unwilling to let the event die, the Man and Woman of the Year alumni took over the planning the following year and have been hosting the function ever since.

Unfortunately, many of those outstanding alumni are no longer with us.

Throughout the years, the selection criteria has remained fairly consistent. Organizations or individuals submit the names of nominees who have shown long-time community commitment. Their service is judged in terms of the number of years of volunteerism, the impact on the community, and the number of organizations in which they are involved. The former recipients review all submittals and, following lengthy discussions and sometimes a debate or two, mark their ballots. The man and woman who receive the greatest number of votes become the honorees for the year. 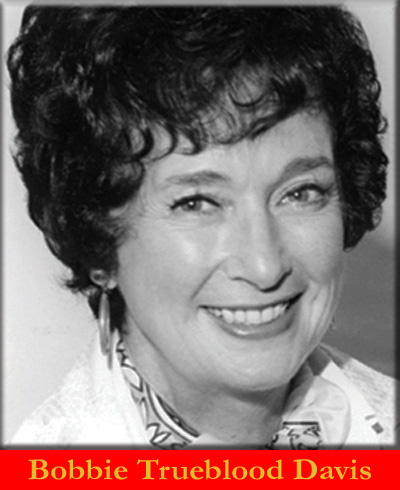