Carl currently serves on the Executive Board of the SCV Chamber of Commerce, Vice-President, Government Affairs, winning the Chamber’s prestigious Community Service award in 2007. He leads the American Red Cross, Santa Clarita Council and he’s one of the founders and head of the SCV Disaster Coalition. He serves on Advisory Boards for Providence Holy Cross Hospital, SCV Bank, The Michael Hoefflin Foundation and The Boys & Girls Club. He serves on many advisory committees for local civic and nonprofit organizations. In February 2008, he received the SCV Senior Center’s Executive Director’s Leadership Award.

In October, 2007, the SCV Disaster Coalition connected with the 27 Santa Clarita families who lost homes during the fires. The coalition continues to work closely with these families as they rebuild. The coalition won two prestigious awards from the LA County Emergency Preparedness Commission and the Southern California section of Emergency Services in 2006 and the Santa Clarita Valley Press Club’s Organization of the Year in February, 2008.

In March 2006, Carl organized a group of local representatives for a Sacramento trip to meet with State Politicians. It’s now an annual journey hosted by the Goldman’s and State Assemblyman Cameron Smyth. More than sixty community leaders meet with legislators on behalf of Santa Clarita schools, transportation and water issues. Carl is also a representative on the annual SCV Chamber’s Washington lobbying trip.

In 2006, Carl brought back the annual Congressional Art Award to Santa Clarita. Now in its third year, the award is presented in coordination with U.S. Rep. Howard “Buck” McKeon. Together, they select a winning piece of art from local High School students. The winning piece is displayed for one year in the Capitol Building in Washington DC. The winning student is flown to Washington, with his or her family to a special Congressional event at the unveiling in June.

Carl has received numerous awards from our schools, including the Santa Clarita Valley School Administrators Golden Apple Award in 2005. In the past, Carl has served on a number of other local boards; The Canyon Country Chamber of Commerce, The College of the Canyon’s Foundation, The Hart School District’s Honor Band and The Santa Clarita Senior Center. He’s organized many blood drives for the American Red Cross and Providence Holy Cross Hospital. He and his wife Jeri teamed up with Chris and Sue Hoefflin in 1994 and together they formed the Michael Hoefflin Foundation.

Carl and Jeri donate their time, money and resources to many Santa Clarita charities. Their radio station devotes a tremendous amount of airtime for our Valley’s non-profits, along with daily exposure at the KHTS Kiosk at the Westfield Valencia Town Center.

Carl has a Master’s Degree from the Annenberg School of Communication at USC and a BA from Hampshire College, Amherst, MA.

He currently serves on Advisory Boards for SCV Bank, The Michael Hoefflin Foundation and the Boys & Girls Club. In addition, Carl heads up the Committee for the Hart School District High School Honor Band Gala, and serves on a special advisory committee for Providence Holy Cross Hospital and on several advisory boards and coalitions for the City of Santa Clarita. In March 2006, he organized a group of local representatives on a trip to Sacramento to give a voice for our Valley with State Politicians. The Sacramento trip is now an annual journey, with seventy community leaders taking a two day bus trip to Sacramento, meeting with legislators to lobby on behalf of Santa Clarita schools, transportation and water issues. Carl also participates in the annual Santa Clarita Chamber of Commerce Washington, D.C., lobbying trip.

He has helped coordinate a number of civic projects, including a Community Recycling Program, with the City and Waste Management/Blue Barrel, along with overseeing a special Santa Clarita event connected with the annual Love Ride in November 2005. He has spearheaded elementary school Safety Patrols, bringing in the Sheriff and Fire Department and KHTS radio to six elementary schools each year, spending a day at each school. Carl has received numerous awards from our schools, including the Santa Clarita Valley School Administrators Golden Apple Award in 2005 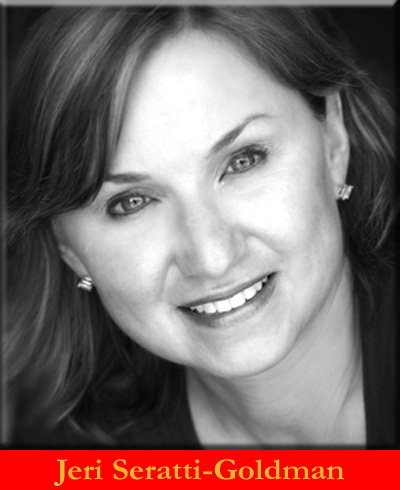