Catherine Clark was born in San Francisco, but has few memories of the first years there. She spent the war years (WWII) with her mother and brother in the small town of Plympton, 11 miles west of Plymouth, Mass., while her father was serving in Army Intelligence. When the war ended in 1945, the family returned to California, living within commuting distance of  San Francisco. Catherine grew up visiting historical sites in the United States, sharing laughter, far-ranging conversations, and excitement with many different people.

With the birth of her first child, Catherine found her calling. She wanted to learn to do everything she could to enrich her child’s development. Eventually, that desire led to a job with St. Stephen’s Episcopal Church in Valencia, first establishing, then teaching at its new preschool. Because some of the children had behavior problems, Catherine began studying for a Master’s Degree in dealing with those problems at CSUN. At the same time, she consulted with professors for resources for the families at her preschool.
In 1975, she established a half-day preschool at St. Stephen’s Church specifically catering to children with behavior problems. That small school outgrew its quarters long ago and now serves the entire Santa Clarita Valley as the Child and Family Center.

During the late 1970s, Catherine served as treasurer and back-up listener for the local Hot Line  while also helping to establish a scholarship fund for a preschool that would serve non-English speaking children. That work led to the institution of a Spanish language story hour at the Valencia public library.
In 1983, Catherine joined the board of the Association to Aid Victims of Domestic Violence where she helped to design and deliver direct services. She also served as president of the board.

In 1992, Catherine decided to retire and she and her husband left Valencia to spend 9 years visiting various locations in North and South America. They published The Occasional Gazette to keep friends and family informed of their whereabouts and adventures.

Friends in Florida brought the Clarks back to the States and helped Catherine reenter the work world there. Some of her activities included managing and delivering a grant to bring literacy experiences to preschool children and children learning English; managing another grant to teach parenting to parents enrolled in two of Florida’s One Stop job development centers; and teaching at a juvenile detention center at Lake Okeechobee.

The Clarks are now living closer to family inside the Washington beltway in Northern Virginia where Catherine teaches while working toward a Master’s Degree in Special Education for students with emotional disorders and/or learning disabilities.

“I did not, and do not, think of myself as one to win awards,” says Catherine. “They are not why I work. My ways are too quiet, my scope too narrow to attract notice. And I know full well I have never done anything by myself.” 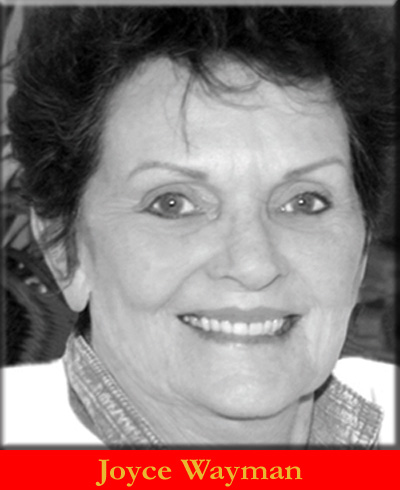