In the midst of the early days of World War II, on the dark night of April 3, 1942, a beam of light shined forth – Don Fleming was born in Daingerfield, Texas. The small town, near Tyler, gave little Don plenty of room to explore and play out the adventures of Tom Sawyer.

From very early on, Don had a fascination and love of automobiles. He also loved sports, excelling at an early age in baseball and football. His prowess in football attracted more than one college scout. The summer before Don’s senior year at Daingerfield High School, two separate tragic events squelched any ideas he had of going to college on an athletic scholarship. In a double blow, Don lost his best friend and his mother. The high school senior’s excitement for football cooled, and so did his college aspirations. Following his high school graduation in 1960, Don joined the U.S. Marine Corps and found himself serving on a helicopter carrier in South East Asia.

As a member of the Fifth Marine Expeditionary Force, Don was involved in sorties into Thailand, Laos, and Vietnam, and much like the rest of the country in the early ’60s, Don had no idea where the conflict was headed. When he was discharged in 1962, he began dabbling in a series of business enterprises which eventually led to a partnership with General Electric in Austin, Texas and the development of the first tanning salon in the United States.

He was so successful that he was visited by other entrepreneurs. One was a young lady from Woodland Hills, wishing to open up her own tanning salon in California. Her name was Cheri. Don sold her tanning equipment and she became an instant success, and became one of Don’s most successful business protégés.

Don’s business and consultation trips from Austin to Woodland Hills increased in frequency, until January 1984 when he moved to California and Cheri and he were married. They settled in the San Fernando Valley with Don’s children, Brian and Kymbra.

Don and his bride had an entrepreneurial spirit. But it was the car business that “hooked” them in 1985. They purchased a partnership in an Encino car leasing business in 1985, then bought a Woodland Hills Lexus dealership in 1989. That prompted them to purchase a piece of a Toyota dealership in Santa Clarita. When their partner bought them out in 1990, Don and Cheri dabbled with retirement. Don indulged his love of golf and Cheri became active in charity work.

A golfing friend urged them to purchase a partnership with him in the Santa Clarita Acura Dealership. Because the partner lived in Oregon, Cheri and Don were the hands-on partners. The Flemings had their work cut-out for them, reviving and rebuilding the dealership. Their perseverance paid off and the business began to work its way up the financial charts. Enchanted with the Santa Clarita Valley, the couple sold their house in the San Fernando Valley, moved to Valencia, and plunged into the Santa Clarita charitable and social scene.

The Valencia Acura dealership mascots, “Scooter” and “Sparkplug,” became as familiar as their owners when Cheri started broadcasting commercials on cable television. The Shih Tzu dogs are permanent fixtures at the Creekside dealership.

For the past seven years, the Flemings have electrified the fund-raising world with their innovative ideas and hard work. They each serve on a number of distinguished boards including the Hospital Foundation, the Child and Family Center, and the Boys and Girls Club Foundation. In addition, Don is continually called on to conduct charitable auctions, while Cheri provides the classy touches to events that inevitably translate into money for charity.

Here are just a few of the positions that Don has served in the community over the past eight years:

• Board member and past Chairman

• Five Years as a Director

• Member of the Executive Committee

• Member of the Executive Committee

• Member of the Advisory Board

• Torchbearer in Kick-Off for the 2002 Winter Olympics

In 2004, Don was named the Santa Clarita Valley’s Man of the Year, sharing the award with his wife Cheri. It was only the second time in 40 years that a husband and wife had shared the award in the same year.

In spite of all his accomplishments, Don says he was truly humbled and honored to be named SCV Man of the Year. “Of all the awards and honors that I have received, I treasure this one the most. To be named Man of the Year by your peers is a special recognition. I can tell you that no one among our ranks does volunteer work for anything but love and satisfaction. All of us are honored to join such a splendid group .” 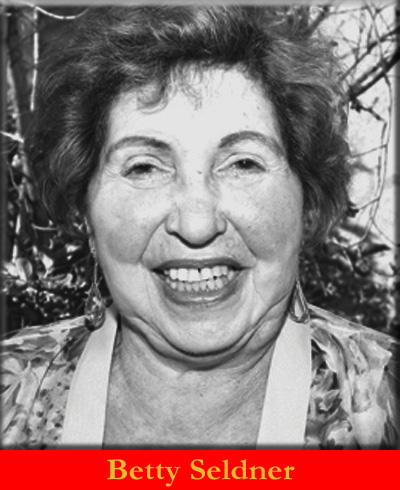