Linda Pedersen was born in Glendale, California, grew up “next door” in La Crescenta, and has spent the majority of her life within a 50-mile radius of those two towns. Opportunities to see the world beyond the sunny state were provided by a 3-year extracurricular focus as a competitive swimmer with the Los Angeles Athletic Club. National Amateur Athletic Union (AAU) swimming meets took Linda to such fascinating spots as Topeka, Kansas; Bartlesville, Oklahoma; Dearborn, Michigan; and Indianapolis, Indiana. The high point of this intensive training program took place in 1959, in West Palm Beach, Florida where, as a Hoover High sophomore, she won an AAU National Swimming Championship in the 100-year breaststroke competition.

Swimming continued to be an important pastime during her years at the University of California at Los Angeles, and was parlayed into summer lifeguard positions with the L.A. City Parks & Recreation Department. Linda became a baseball fan at UCLA watching future husband Tom pitch his way to honors as the leading CIBA pitcher in 1963.

The UCLA co-ed swapped the last name of Clark for Pedersen in 1963, and, after a semester off to work in a bank, earned her BA in anthropology in 1966. Shortly thereafter, the Pedersens moved to the Santa Clarita Valley. Eight months later, Jeffrey Thomas Pedersen followed in his mother’s footprints (so to speak) by making his world debut in the same Glendale hospital. His brother, Don, continued the tradition three years later.

While raising her two boys, and trying to keep pace with her husband on the tennis courts, soccer fields, and ski slopes, Linda began her volunteer career in 1967 as an officer and board member of the American Association of University Women, the UCLA Scholarship Association, the Placerita Nature Center Associates, and the Soledad Canyon PTA. Those affiliations led to additional board positions with the SCV Boys & Girls Club, the SCV Health Council, and the Sulphur Springs Community Education Committee. During her tenure on the board of the Boys & Girls Club, Linda was part of a brainstorming committee for the first auction and created posters and bid boards for the first four auctions. She also spearheaded a drive to create a Boys & Girls Club satellite program at Valley View Elementary School and served as the Parent Advisory Group liaison with the board. During that time, she participated in a 1970 AAUW study to implement a community park on the Valley View school grounds. The park was finished the following year.

Linda stepped into the presidency of AAUW in 1973, the same year she began working as society editor for The Newhall Signal. Five years later she accepted a two-year stint as president of the Soledad Canyon PTA. These leadership experiences helped prepare her for one of her most daunting (and enjoyable) roles as the first woman president of SCV Rotary Club in 1992-93. Her continuous commitment to volunteerism in the Santa Clarita Valley has also included a two-year campaign with seven other parents to implement a Back to Basics educational program at Soledad Canyon Elementary School, as well as board and committee positions with the COC Foundation, the Soledad Canyon Site Council, Rotary District 5260, AYSO Soccer, various baseball booster organizations, the Celebrity Waiter Dinner, the Samuel Dixon Family Health Center Roast, the SCV Chamber of Commerce Job Shadowing Task Force, and the SCV Man & Woman of the Year Committee.

About being honored as SCV Woman of the Year in 2003, Linda said: “Because there were so few government services in place here in the ’60s, volunteering offered many of us newcomers a way of improving the valley’s quality of life – it quickly evolved into a social phenomenon that has continued to the present. Volunteerism is so closely woven into the fabric of life here that I can’t imagine the Santa Clarita Valley without it.” 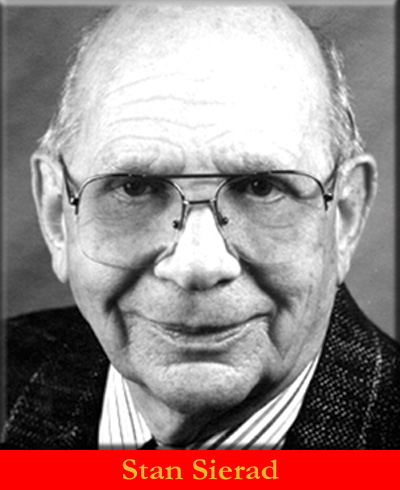