In 1972 Rita together with her husband, Lou, and two daughters sought relief from the urban pressures of San Fernando Valley and relocated the family and business to Santa Clarita. Here they found a little piece of heaven in a magnificent valley with its own distinctive history and style. They were thrilled to be part of it.

The 1980’s saw rural Santa Clarita Valley became one of California’s fastest growing regions. Rita became an outspoken activist on land use, infrastructure and environmental issues leading to her appointment by L.A. County Board of Supervisors to the UCLA Chancellor’s Task Force on Rural Development Standards. Over the next decade she served on various local and state governmental planning committees including the Santa Clarita Valley Planning Advisory and L.A. County General Plan committees.

After failing to break away from L.A. County in the early 1980s, Santa Clarita Valley was in desperate need of it own voice and local control. In 1987, Rita became an advocate for local city formation and managed the successful campaign portion of the effort to incorporate.

In the ensuing years, she expanded into civic affairs as Chair of the Henry Mayo Hospital Marketing Committee and later as chair of the Hospital’s Board of Directors. Rita was a founding member and early Chair of the newly created Santa Clarita City Planning Commission.

Rita, as a volunteer, has managed numerous election campaigns for congressional, council, various district wide offices, and particularly issues involving schools and bond initiatives. In 2001, College of the Canyons was straining to serve 13,000 students on a campus designed for 5000.  She managed the successful $82 million bond campaign to build needed classrooms and upgrade facilities.  She followed this with the 2006 passage of a $160 million bond to complete the build-out of the Valencia campus and initial construction at the new west valley campus.

In 2007 Rita was the recipient of the college’s  “Silver Spur” Community Service Award. At the presentation celebration, Chancellor Dianne Van Hook said, “Above all else, Rita is a person of character. She adheres to the highest standards of integrity … coupled with her talent and quick wit … Our community is lucky to have had the benefit of her leadership, foresight, commitment and courage over the years.”

Presently, Rita is a member College of the Canyons Foundation Board.  What she is enjoying most now is helping develop the college’s Arts Education Outreach Program with the goal to the introduce K-12 students of our valley to the arts by arranging for artists’ visits to schools and transporting students to special performances at the Performing Arts Center.

Rita was told in advance that Lou was to be honored as the 1990 Man of the Year. She was excited and proud, and secretly arranged for their family and close friends to share his evening. When it was announced that Rita, as well as Lou, were the both honorees, it truly was an incredible surprise.

She says of that evening: “I could not believe it that night and still have difficulty believing that being active in this amazing community is something that is rewarded. I have always felt honored to be a part of something so rare and wonderful.” 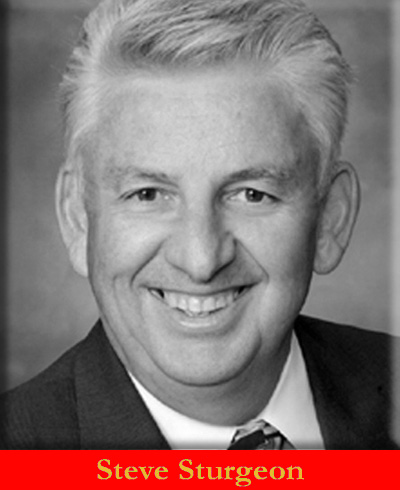