Wayne Crawford, the 2010 SCV Man of the Year, has been a Santa Clarita resident since 1969 and a committed volunteer for most of his life.

Over two decades ago, Wayne worked tirelessly to help form the City of Santa Clarita as a founding member and director of CIVIC. The separation from Los Angeles County has exponentially benefited the people of our community. In 2001, as we struggled with an energy crisis, Wayne served as the Chairman of the City’s Energy Committee, where he tirelessly helped plan real solutions to both pragmatic energy issues and information disbursement.

And when the City needs help, Wayne is still there, acting both as council and friend to City advisors and, most recently, donating needed supplies to complete our town’s memorial garden dedicated to local youth who’ve lost their lives in car accidents.

More than ten years ago, Wayne’s beloved wife, Dianne, was diagnosed with breast cancer. Her struggle with the disease prompted Crawford, along with business partner Don Fleming, to found the Crawford-Fleming Breast Cancer Awareness Golf Invitational.

Hosting a golf tournament, arranging for auction items, soliciting in-kind donors and finding sponsors once a year for a decade is no easy task, but it has proved integral to the health of the women (and men) of Santa Clarita. Over $1 million has been raised and donated back to Santa Clarita. These donations have been imperative to maintaining the highest technological standards in imaging available.

The importance of community support is noted that since its inception, the Breast Imaging Center, designated a Breast Imaging Center of Excellence *(BICOE) by the American College of Radiology, has conducted 49,072 screenings and 11,060 diagnostic mammograms, for a total of 60,132 combined mammography exams. And, to date, 435 cancers have been detected.

Wayne has also worked hard in support of our local hospital, serving in many capacities of philanthropy. He is steadfastly supportive of Henry Mayo both in participation and resources. His financial acumen has helped to steer the Henry Mayo Newhall Memorial Health Foundation to its height of responsiveness in providing vital philanthropic funding for life saving services at our community hospital. His counsel is sought and appreciated and his generosity goes beyond commitment. We believe that Wayne should not only be considered Man of the Year in Santa Clarita, but in the entire State of California…..and perhaps the nation!

Wayne also helped found and organize (along with Lou Garasi and others) the Valencia Industrial association in 1980.

A successful businessman who owns Santa Clarita Concrete and co-owns Valencia Acura and Inside SCV Magazine, Wayne has also made a financial commitment to many local nonprofits. His personal and professional contributions well exceed hundreds of thousands of dollars.

He was named one of 51 most influential people in Santa Clarita in 2007. In 2008, the Elks “honored” Wayne for his long-time commitment to the betterment of our community. Wayne was also bestowed with the title of 2008’s Silver Spur Award Recipient for Community Service, granted by the College of the Canyons.

Wayne resides in his longtime Canyon Country home with wife of 44 years, Dianne. He is the proud father of three children and “papa” to five grandchildren (and one on the way!).

Wayne Crawford gives so much more to those than can be listed on a report. The philanthropy in his heart creates a soul of purpose in helping those who benefit from his generosity. 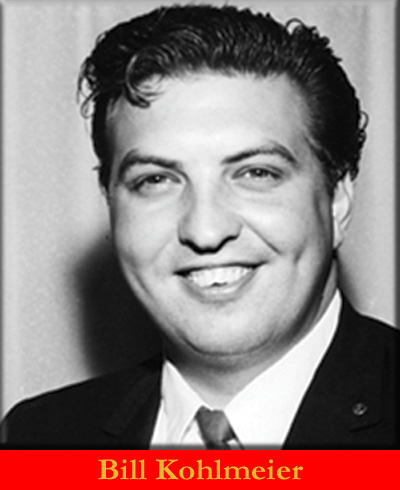